ONE DIRECTION: THIS IS US

Acclaimed documentary filmmaker Morgan Spurlock (“Super Size Me”) produced and directed the film which shows an access-all-areas, behind-the-scenes look into what it’s like to be One Direction today. 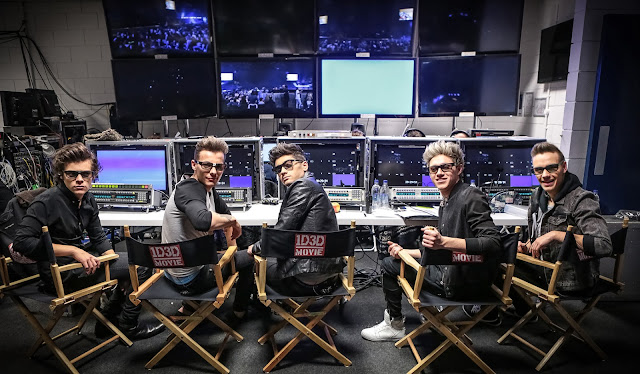 One Direction – Niall Horan, Zayn Malik, Liam Payne, Harry Styles and Louis Tomlinson – were discovered by Simon Cowell on the U.K.’s “The X Factor” in 2010. The band quickly gained a following to become one of the competition’s all-time most popular acts, finishing in the final three and garnering a gigantic and loyal fanbase along the way. In March 2012, One Direction’s debut album, “Up All Night,” made U.S. history, as it was the first time a U.K. group’s debut album entered the U.S. Billboard 200 chart at No. 1. The band has sold over 13 million records worldwide. Today, One Direction released their sophomore album, “Take Me Home,” which includes the No. 1 single, “Live While We’re Young.”

Opening across the Philippines in August 2013, “One Direction: This Is Us” will be distributed by Columbia Pictures, local office of Sony Pictures Releasing International. Visit www.columbiapictures.com.ph to see the latest trailers, get free downloads and play free movie games.
Posted by Cathie Alhambra