Columbia Pictures has released online the second one-sheet art of its upcoming suspense-thriller, “Carrie” based on the best-selling novel by Stephen King and starring Chloe Grace Moretz and Julianne Moore. 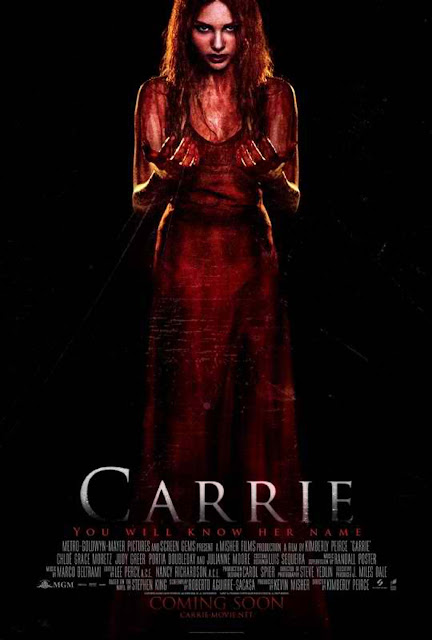 “Carrie” is a reimagining of the classic horror tale about Carrie White (Moretz), a shy girl outcast by her peers and sheltered by her deeply religious mother (Moore). The teenaged girl unleashes telekinetic terror on her small town after being pushed too far at her senior prom.

Opening across the Philippines in October 2013, “Carrie” is distributed by Columbia Pictures, local office of Sony Pictures Releasing International. Visit www.columbiapictures.com.ph to see the latest trailers, get free downloads and play free movie games. Like us at www.Facebook.com/ColumbiaPicturesPH and join our fan contests.
Posted by Cathie Alhambra