Steve Carell returns as Super villain Gru in Despicable Me 2 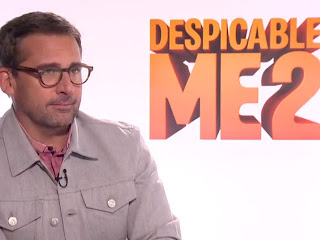 Steve Carell has returned as for Despicable Me 2  one of the world’s greatest super-villains, has given up his despicable ways and is now on a quest to become the perfect dad.  While juggling all that, he is recruited by a super-secret crime-fighting organization, which puts him in the unlikely position of having to work with the good guys to help save the world.  Usually fearless, Gru is now coping with the challenges of his girls growing up and wanting desperately to ask a woman out on a date.  Both of which cause him to totally freak out.


It's no surprise considering the first Despicable Me movie was a $542 million mammoth success - landing it among the top ten most successful animated films of all time. 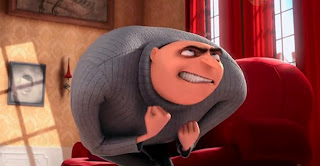 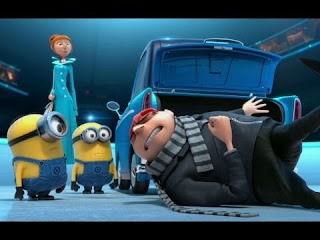 What attracted Steve Carell to the role of the curmudgeonly, oddly-accented super-villain with a heart of gold was that Despicable Me offered something for children and adults alike.  He reflects upon why he chose to voice Gru, a character who finds that raising children is not all sunshine and lollipops: “I’m a parent with two little kids, and I identified with the story in the first film because it was honest in its depiction.  Having kids completely changes a person’s life, in all the best ways.”


When the first movie was released to worldwide acclaim, Carell was thrilled that audiences wholly embraced the tale he so loved upon first read.  He enjoyed bringing Gru’s idiosyncrasies to life, noting: “Kids could relate and enjoy the humor; parents related to what kids bring to the equation.  In that sense, it’s universal.  But it was also funny, exciting and silly at times.” 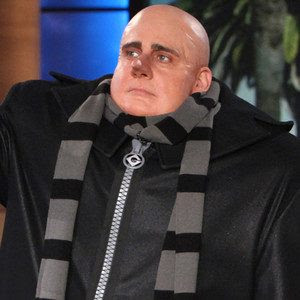 Whereas so many animated films are designed as a delivery mechanism for pratfalls and go for the cheap joke, the first adventure surprised many with its mix of heart and humor.  Notes Carell: “These films are animated but very human.  Despicable Me and Despicable Me 2 are smart, funny and heartfelt without being cloying overly sentimental.  They tug the heart strings just enough without going too far.  The writers did such a great job creating something special and unique.”

As the characters in this nontraditional family evolved, so did Carell’s perception of them.  E.g., the performer identified with Gru’s struggle to let Margo begin to grow up and go out on a date with Antonio.  He explains: “One of Gru’s daughters starts to enter the dating scene, and that is an enormous transition for him, as it is for most dads.  When they see their daughters maturing and becoming interested in boys, suddenly they’re not the apple of their daughter’s eyes.  There is, I wouldn’t even say a ‘jealousy’ but there is a tension that comes about between a father and a potential suitor.” 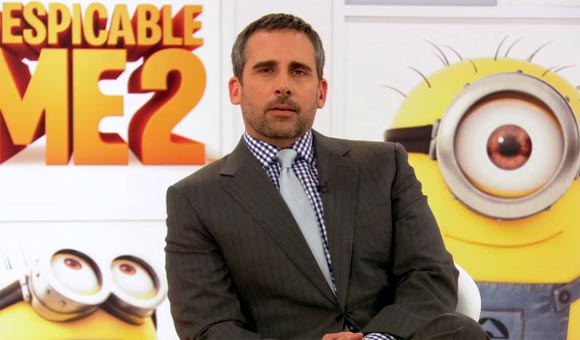 Meledandri commends that there would be no series without the stellar performance work of Carell.  He gives: “From the early days of the first film, Steve has been a creative partner in the making of Despicable Me.  We were so drawn to him for this role because we wanted an actor who brought empathy in his voice and performance.  Not only was Gru a villain, but he is grouchy and acerbic and edgy.  Yet, we knew that in order for the film to work, that audiences needed to like him.  Steve has helped to forge this and define the character.  There has been tremendous writing in response to many of his instincts about how Gru should evolve and the specific definition of his personality.”

When last we met Gru, the only thing about him that was unchanged was his dark wardrobe.  Gru was not only adjusting to life post super-villainy, he was balancing his time as new father to three young girls and the last thing he thought he’d have time for is a burgeoning romance.  But that’s exactly what he finds when he meets Special Agent Lucy Wilde, the AVL’s most energetic agent.  While they’re both focused upon solving a case and finding a super-villain who could put the entire world in peril, they find an unexpected, but not altogether unwelcome, romance.


“Despicable Me 2” is released and distributed by Universal Pictures and United International Pictures through Solar Entertainment Corp.
SHOWING ON JULY 3. NATIONWIDE!