“THE HOBBIT” Breaks to the Top of PH Weekend Box Office

“The Hobbit: An Unexpected Journey,” a production of New Line Cinema and Metro-Goldwyn-Mayer Pictures (MGM), soared to the top of Philippine box office in its opening weekend, earning P55-million on more than 300 screens, including six IMAX theatres. That figure represents the biggest opening ever for any film in the canon of “The Lord of the Rings.” The announcement was made today by Francis Soliven, General Manager of Warner Bros. (F.E.), Inc. 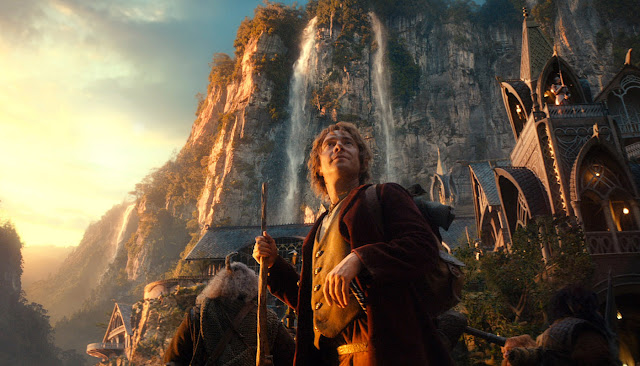 “The Hobbit: An Unexpected Journey” is the acclaimed first film in Oscar®-winning filmmaker Peter Jackson’s epic “The Hobbit” Trilogy, based on the timeless novel by J.R.R. Tolkien.

Shot in 3D 48 frames-per-second, the film was released in High Frame Rate 3D (HFR 3D) in select theaters, other 2D and 3D formats, and IMAX®.

Soliven stated, “Peter Jackson and his team of actors and filmmakers have delivered another superb film in the canon he established with ‘The Lord of the Rings’ Trilogy. Audiences everywhere have been excited by the prospect of returning to Middle-earth and these results speak to the incredible enthusiasm out there for this new adventure.”

In the U.S., “The Hobbit: An Unexpected Journey” dominated the weekend with an estimated $84.775 million domestically and $138.2 million internationally, for a worldwide estimated total of $223 million, including a record-breaking $15.1 from IMAX theatres worldwide.


From Academy Award®-winning filmmaker Peter Jackson comes “The Hobbit: An Unexpected Journey,” the first of a trilogy of films adapting the enduringly popular masterpiece The Hobbit, by J.R.R. Tolkien. The three films tell a continuous story set in Middle-earth 60 years before “The Lord of the Rings,” which Jackson and his filmmaking team brought to the big screen in the blockbuster trilogy that culminated with the Oscar®-winning “The Lord of the Rings: The Return of the King.” 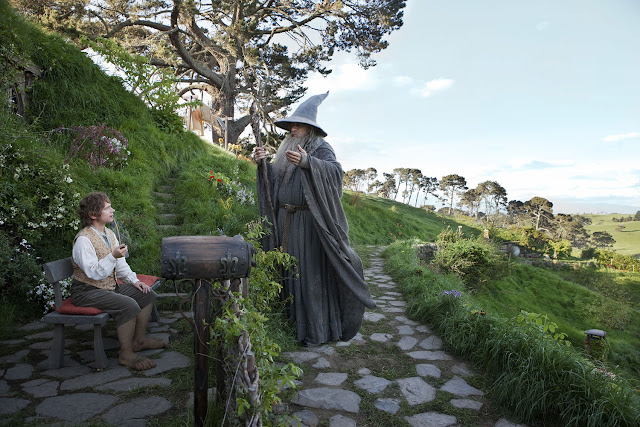 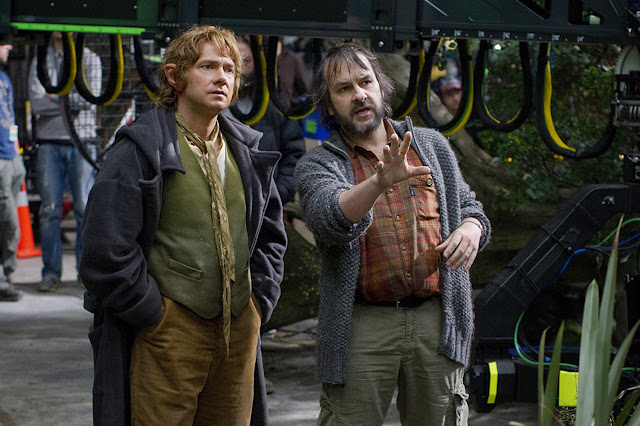 The costumes were designed by Ann Maskrey, Richard Taylor and Bob Buck. Taylor also oversaw the design and production of armour, weapons, creatures and special makeup, which were once again made by the award-winning Weta Workshop. Weta Digital took on the visual effects for the film, led by senior visual effects supervisor Joe Letteri. The visual effects supervisor was Eric Saindon, with David Clayton serving as animation supervisor. The film features the song “Song of the Lonely Mountain,” performed by Neil Finn.

New Line Cinema and Metro-Goldwyn-Mayer Pictures Present a WingNut Films Production, “The Hobbit: An Unexpected Journey.” All three films in “The Hobbit” Trilogy, also including “The Hobbit: The Desolation of Smaug,” and the final film, “The Hobbit: There and Back Again,” are productions of New Line Cinema and Metro-Goldwyn-Mayer Pictures (MGM), with New Line managing production. Warner Bros. Pictures is handling worldwide theatrical distribution, with select international territories as well as all international television distribution being handled by MGM.
Posted by Cathie Alhambra