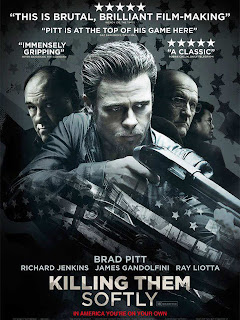 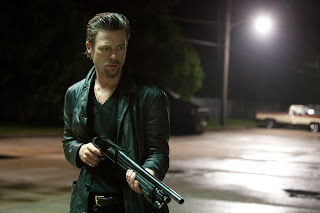 The film is written for the screen and directed by Andrew Dominik (“The Assassination of Jesse James by the Coward Robert Ford”), and is based on the George V. Higgins novel, Cogan’s Trade. Andrew Dominik explains he originally imagined the film as a drama, “But as I got into it, it struck me that this was a story of an economic crisis; a crisis in a criminal economy supported by gambling, and the problem was caused by a failure to regulate. In other words: a microcosm of the larger story unfolding in America at the time. “I've always felt that crime dramas are essentially about capitalism, since they show the capitalist idea functioning in its most base form,” Domink continues.

“It's also the only genre where it's completely acceptable that the characters are motivated only by a desire for money. None of this ‘family values,’ ‘follow your dream,’ moral compass crap.” The director shares that he saw a film populated by people in pursuit of a buck, who had absolutely no idea how unhappy they were, who found their jobs to be a total drag, who were victim to indecisive, incompetent bosses, anesthetizing themselves with drugs, sex, and alcohol, who never want to look their victims in the eye.

“And I thought: this has to be a comedy!,” he reveals. “I contacted Brad and explained the basic idea by text; I was trying to gauge his interest before I moved on,” adds Domink. “I assumed at the time that he had bigger fish to fry and wouldn't be interested in doing a modestly budgeted movie on such short notice, but he responded immediately and 45 minutes later he had not only agreed to do it, but we had a deal hammered out.” The rest of the production was pretty straightforward. The filmmakers wanted to shoot a collapsed economy in a state that offered the best rebates. “New Orleans seemed more practical than Detroit, so we hired as many of the key principals from `The Assasination of Jesse James' as we could, and the best actors who were available, and went there and made a movie,” concludes Dominik.

“The result is `Killing Them Softly.'”
Posted by Cathie Alhambra