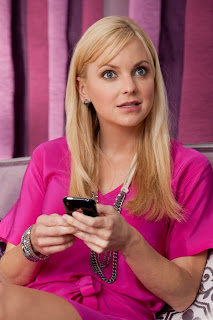 An interesting cocktail of a frank and lively sexual content but with a genuine romantic heart, “What’s Your Number” winds back Ally Darling (Anna Faris) to the men she’d dated after reading a magazine article on the average number of lovers women should have in their lifetime.  Ally becomes convinced she’s reached the limit of sexual partners a woman can have before she’s deemed unmarriageable (except maybe, as Dr. Fig notes, she lives in New Zealand).  With celibacy as a non-starter, Ally embarks on a mission to find a mate, without adding to her number, by seeking the colorful and strange assortment of lovers from her past; she wonders, are they married, available, gay …dead?


Having been fired from her job and at the same time an ended relationship, Ally embarks on a quest to find the best “ex” of her life, by any means necessary for her chance at true love.  Helping in her quest is her new neighbor Colin, played by Chris Evans.  Seeking a haven from the woman he’s brought home the night before, Colin comes to Ally’s rescue when she tries to disentangle herself from her booze-riddled mistake of the night before.  Ally and Colin click, and even though Ally’s romantic sights are aimed entirely in retrospect, she has found in Colin a new friend and ally.  “Ally and Colin enhance each other but don’t necessarily live for each other,” says Evans.  “They’ve helped each other become better versions of themselves, but they don’t need each other to exist.” 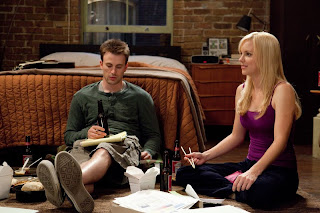 Faris and Evans nicely balance one another, with Evans displaying a sense of grounded, physical stability while Faris provides a series of fluid, deft and comical transitions that always surprise.  “When Ally and Colin meet, there’s a lot of tension between them,” notes Faris.  “Ally’s kind of disgusted with Colin because she sees women coming in and out of his apartment.  She thinks he’s just this man-whore.  Ally wants much more for her own life, so she’s really annoyed when sees somebody who’s lackadaisical in their own lifestyle – probably because she’s envious.  Eventually they come to understand one another.”

“Colin comes from a family of cops and detectives, so he’s good at digging up dirt,” adds Evans.  “That’s why Ally enlists his help.  And he’s a bit of a womanizer, and is very ‘alpha.’  He’s a likable guy but he’s not exactly husband material. But slowly Colin realizes that Ally’s the person he’s supposed to be with, and that opens a lot more doors for him.”

Executive producer Nan Morales confirms that Ally and Colin’s first meeting is far from auspicious. “When she meets him, the audience will think, ‘No, Ally no!’  It’s like what her friends say:  ‘You don’t want to go out with that guy; he’s dangerous, he’s sexy, he can trick you.’  But this is how Colin lives; he’s honest about it.  This is a lesson Ally needs to learn; she needs to own who she is in order to go to the next level in her life.”
“What’s Your Number” opens October 5 in theaters from 20th Century Fox to be distributed by Warner Bros.