They wowed us with their voices, their moves, their acting, and with all their other talents. Now, from ordinary highschool students they are now one of the biggest rising star in this generation. 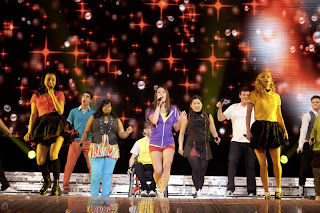 20th Century Fox brings in a unique concert experience in “Glee The 3D Concert Movie” this coming September. TV’s most electrifying singing group steps up on stage to give fans their glee of a lifetime in the immersive magic of 3D. 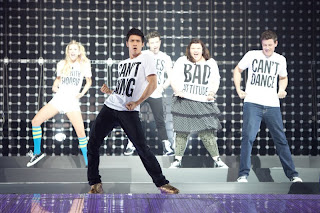 On stage is the eclectic mix of the singing teens of Glee Club’s New Directions whom every fan roots for on the phenomenal tv show.  Recently concluded Glee Live! U.S. tour has been recorded in 3D for the widespread passionate international Gleeks and non-Gleeks alike to experience dance and music like never before.  Discover the Glee Club anew on stage for a unique concert tour, showcasing the best pop songs ever, from Lady Gaga to Michael Jackson to Queen with amazing behind-the-scenes footage.
This group of lovable teen outcasts who were encouraged by their vocal coach and each other’s work to reach their star potential has reached ultimate dream, they have made it to the big screen!
Discover the ultimate Glee theatrical experience with family and friends in 3D on September 21.