I am a big fan of this epic movie. I can't wait to watch this in 3D!

Coinciding with “Titanic’s” centennial year since sailing, Paramount Pictures, Twentieth Century Fox and Lightstorm Entertainment jointly announced that James Cameron’s “TITANIC” will be re-released worldwide on April 6, 2012.  The release, which marks the 100th anniversary of the Titanic setting sail (April 10th), will present the film in 3D for the first time. 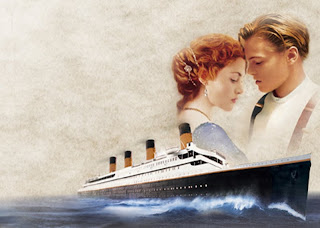 Written, directed and produced by Cameron, “Titanic” is the second highest grossing movie of all time.  It is one of only three films to have received a record of 11 Academy Awards® including Best Picture and Best Director; and launched the careers of stars Leonardo DiCaprio and Kate Winslet.

Called “A spectacular demonstration of what modern technology can contribute to dramatic storytelling” by Variety upon its release in 1997, the long in the works 3D conversion is being overseen by Cameron and his Lightstorm producing partner Jon Landau who produced the hit movie.
Said Cameron, “There’s a whole generation that’s never seen ‘Titanic’ as it was meant to be seen on the big screen.  And this will be ‘Titanic’ as you’ve never seen it before, digitally remastered at 4k and painstakingly converted to 3D.  With the emotional power intact and the images more powerful than ever, this will be an epic experience for fans and newcomers alike.” 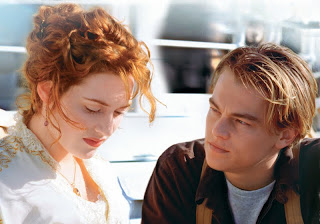 “This new presentatioin of Paramount’s top-grossing film is particularly special because 2012 is the 100th anniversary of our studio.  Paramount has had the pleasure of introducing audiences to some of the all-time classics of cinema during that century of moviemaking and we cannot think of a better way to mark the occasion than with this re-release of ‘Titanic’,” said Brad Grey, Chairman and CEO of Paramount Pictures.
Commented Fox Filmed Entertainment Chairmen and CEOs, Jim Gianopulos and Tom Rothman: “Our 30-plus year relationship with Jim Cameron and Lightstorm has been enormously rewarding , from ‘Aliens’ to ‘Avatar’, and the global phenomenon of ‘Titanic’ remains one of the greatest sources of pride in our history.  We are pleased to allow a new generation of audiences to experience the film in its brilliant digital restoration in 3D.”
“Titanic” in 3D will be re-released in the Philippines by 20th Century Fox thru Warner Bros. in theaters nationwide.
Posted by Cathie Alhambra