Bringing the enduringly popular superhero to the big screen for the first time, “Green Lantern” stars Ryan Reynolds (“X-Men Origins: Wolverine”) in the title role, under the direction of Martin Campbell (“Casino Royale”).


Warner Bros. rolls out another eye-popping trailer of the fantasy action-adventure “Green Lantern” which was essentially created for 3D theaters. 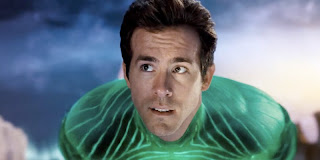 Hal is a gifted and cocky test pilot, but the Green Lanterns have little respect for humans, who have never harnessed the infinite powers of the ring before. But Hal is clearly the missing piece to the puzzle, and along with his determination and willpower, he has one thing no member of the Corps has ever had: humanity. With the encouragement of fellow pilot and childhood sweetheart Carol Ferris (Blake Lively), if Hal can quickly master his new powers and find the courage to overcome his fears, he may prove to be not only the key to defeating Parallax…he will become the greatest Green Lantern of all.

Opening across the Philippines on June 16 in 3D, 2D and regular format, “Green Lantern” will be distributed worldwide by Warner Bros. Pictures, a Warner Bros. Entertainment Company.
Posted by Cathie Alhambra