Dr. Martin Harris awakens after a car accident in Berlin to discover that his wife suddenly doesn't recognize him and another man has assumed his identity. Ignored by disbelieving authorities and hunted by mysterious assassins, he finds himself alone, tired and on the run. Aided by an unlikely ally, Martin plunges headlong into a deadly mystery that will force him to question his sanity, his identity, and just how far he's willing to go to uncover the truth. 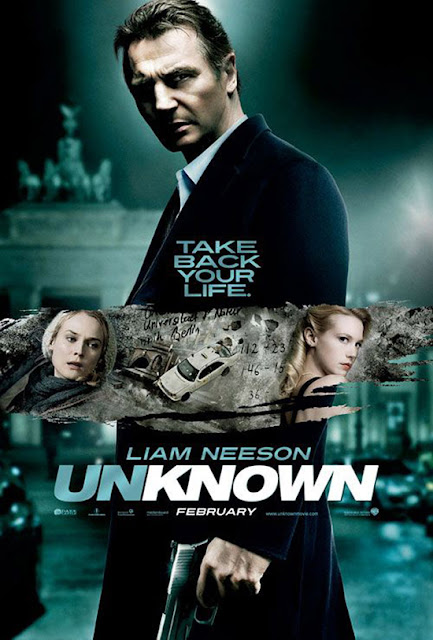 What would you do if someone took your identity in the world? How far will you go to take back everything that's yours? Liam Neeson went on almost about anything just to uncovered the truth about his identity in UNKNOWN.

The dilemma of the movie is centered on Liam Neeson not knowing his real identity and finding it out for himself despite the obstructions along the way. The movie is based on the novel by Didier van Cauwelaert. I like the way the story races from the why to the how questions. The movie make you really think about what's gonna happen next. The ending is so unexpected too. Liam Neeson has been a favorite because of his movie Taken, I just can't forget that movie. He is just perfect for the role. The two ladies is also an asset of the movie. The action thriller movie is packed not only with car racing scenes but also with puzzling scene and situation, you and your friends can argue with.